Stairs are one of the oldest structures in the world and have been about in some form or another since humans first created homes. The first stairs were most likely made from hewn logs or flat rocks that were stacked to overcome difficulties presented by the terrain. As civilisation progressed and building techniques developed, magnificent staircases took shape in ancient Egypt and Mesopotamia.

Stairs have changed shape with each architectural era, reflecting the trends of the time and the talents of those who designed them. Staircases soon evolved to become not just functional, but ornamental, too.

Stairs that were constructed many thousands of years ago still exist today in structures around the world. Ancient settlements that have been excavated, such as Mohenjo Daro in Pakistan, have stairs featured as part of the structure, and it is believed that they were built around 2500 BCE. That means that there is physical evidence of the architectural element of stairs dating back to at least 4000 years ago.

However, the actual origin of the staircase can be dated much further back, at least to the Neolithic period. The Tower of Jericho, which is considered to be amongst the earliest stone monuments of humanity, dates back to around 1400 BCE and features an internal staircase of twenty-two steps.

In China, the first granite staircase believed to be created led to a sacred mountain, suggesting that stairs were also used to ascend to certain areas for religious purposes. As staircases could be built towards the sky, they were often used as a way for many civilisations to get closer to the heavens. 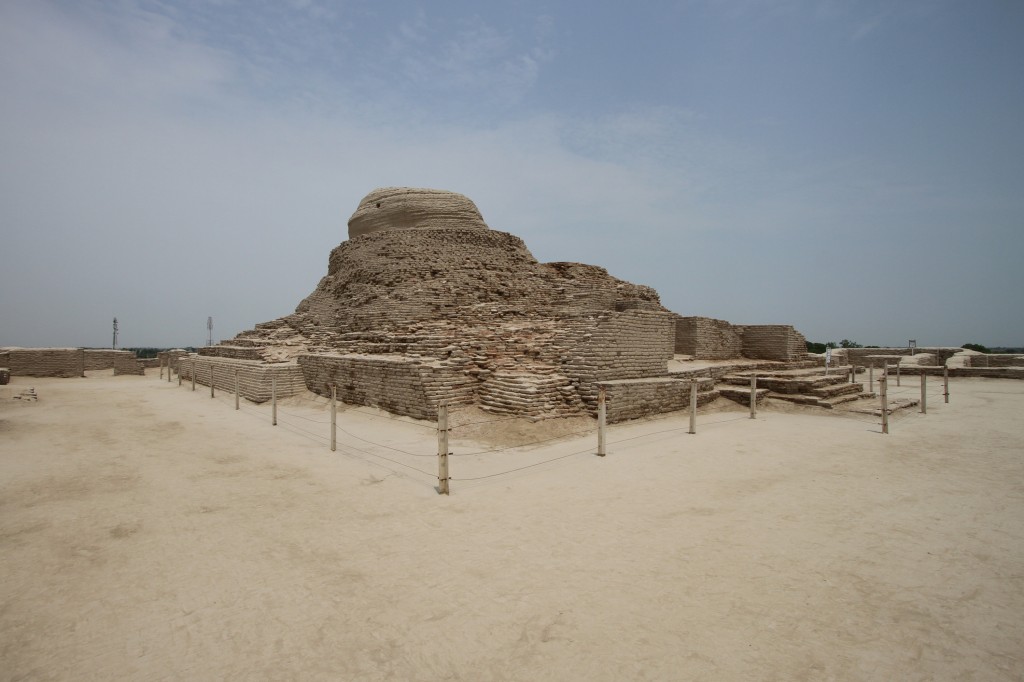 Whilst various designs for staircases have changed over the years due to functional reasons and possibly also due to design aesthetics, some shapes and styles have remained strong.

The spiral staircase is one such design, originally born with functionality in mind. They were incredibly common during medieval times to aid the climb up defensive towers or church steeples. The idea behind it was that the narrow, clock-wise winding stairway would be a disadvantage to right-handed swordsmen if they attacked, as they would be forced to use their weaker left hand, offering a strategic position to the defender. The stairway design also meant that soldiers could only enter one by one, and not in mass. Some spiral stairs were even designed with steps that were uneven, to cause enemies to trip and fall.

Today, there is little need for these staircases for defensive reasons, but they are highly valued for their functionality, for saving space and for the unique aesthetic they can give to a room. 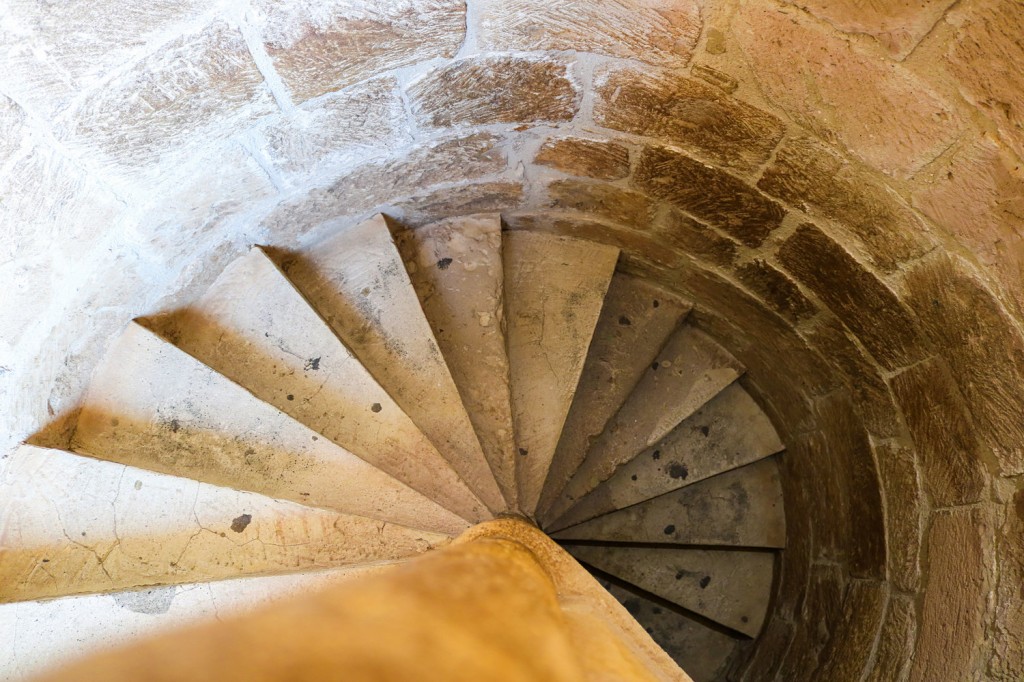 Who is Credited with the Invention?

Of course, due to stairs’ extensive history, no one person can be credited with their invention. A nineteenth century poem by Oliver Herford about the invention of stairs ends with the lines: ‘So let his name go down to fame, whatever it may be.’ Highlighting the idea that the staircase cannot really be attributed to one individual.

Some sources credit a Swiss architect named Werner Bösendörfer for the first attempts to standardise staircase guidelines in 1948, but this is perhaps not enough to credit him with the creation of modern stairs. Stairs have evolved right alongside human civilisation and have continued to develop into many styles, shapes and forms, both for functionality and purely visual purposes.

As humanity developed and expanded, so too did the need for more elaborate and impressive staircases. Today, you can find a wide range of incredible stairs all across the world.

The world’s longest single staircase can be found on the face of Mt. Niesen in Switzerland. The 3.4km staircase goes up the side of the mountain with a total of 11,674 steps, ranging from an altitude of 700m at the bottom to 2363m at the top.

The Spanish Steps are one of Rome’s most recognisable attractions and were originally intended as a gateway to the Trinità dei Monti church. The elegant staircase of 135 steps has been featured in many films, had fashion runway shows staged on it and is beautifully lined with pots of azaleas in spring and a nativity scene in the holidays.

Hopping into more modern times, many staircases are inspired by piano keys. In a brilliant marketing campaign by Volkswagen in Hangzhou, an actual piano staircase was created, with each step making the appropriate musical note when people step foot on it. The 54 steps were installed beside an escalator to encourage people to use the stairs, allowing them to make a melody whilst doing so. 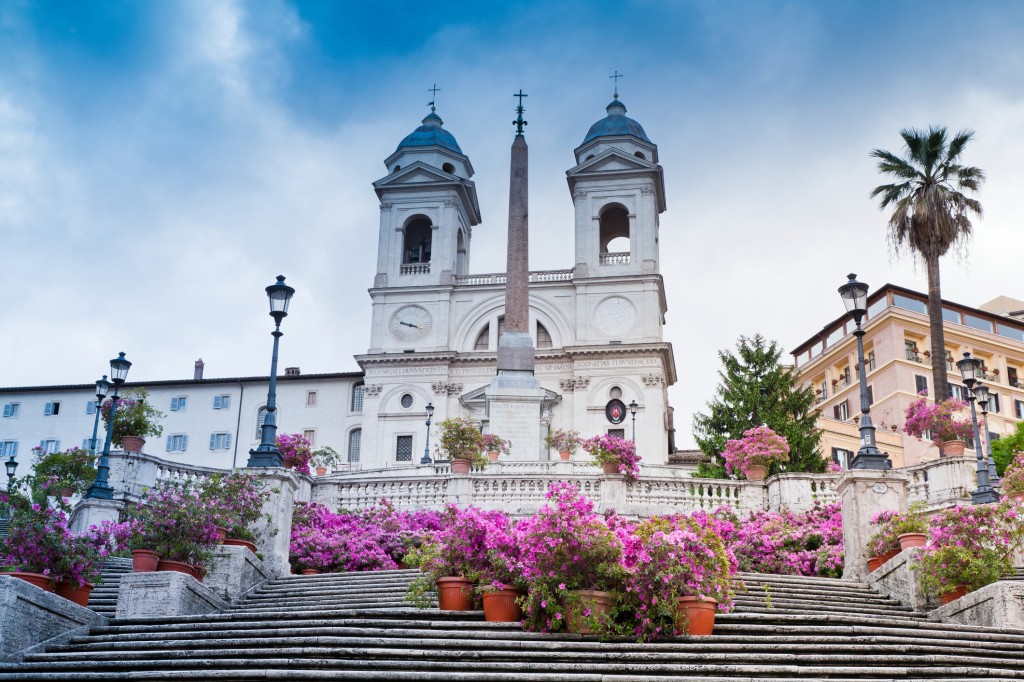 The staircase has a wonderfully rich history, and it’s impossible to imagine where we would have been without them. If you’re looking for staircase suppliers, contact Darcy Joinery today.